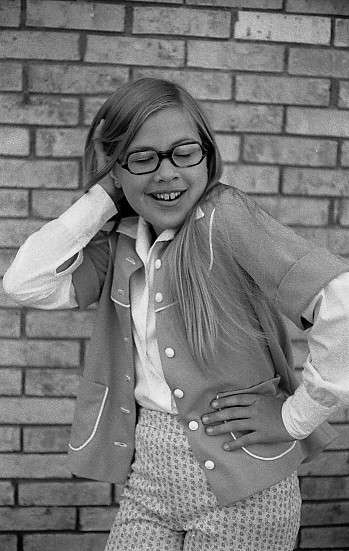 And it starts. The sexist attacks on Kamala Harris.

This is the way it goes – the way insecure, pathetic, weak men discredit women and yes, I am talking to you, Mr President, who has very very small hands that his own wife doesn’t even want to hold, and you, Rush Limbaugh, who called Harris a “hoe,” and any man who thinks that the fact that he has a penis makes him superior to a woman and makes him fit to run the world.

We are shrill. We are emotional. (Because anger is not an emotion so therefore men do not get emotional.) We have hormones and you know what that means.

And we use sex to get what we want.

(How does that even work? How does a person – a woman – even use sex to get ahead at work? Do you write a contract? How does the quid pro quo get established? Do you discuss the terms before the sex? Or is it just understood? Why isn’t there a handbook for this? Why have I done my whole life wrong? WHY WASN’T THERE A CLASS ON THIS AT BUSINESS SCHOOL? UT-AUSTIN YOU FAILED ME.)

A person I used to respect sent me a link to a story from January 2019 claiming that Harris had “slept her way to the top.” This was his triumphant proof that Harris is not qualified to be vice president.

I will save you the trouble of reading it. It says that Harris dated Willie Brown, who was the mayor of San Francisco, for a short while, when she was in her late 20s. He appointed her to two state commissions.

This is “sleeping your way to the top.”

How many people did she have to sleep with to accomplish all that LORD HAVE MERCY SHE MUST BE EXHAUSTED.

So Trump, who didn’t take his own SATs, whose admission to Penn was facilitated by personal connections and a bribe, who inherited his money and has never accomplished anything on his own except drive businesses and an entire country into the ground, is the standard by which we should measure success?

But Harris, who has a resume that is so bright I need to wear sunglasses to look at it, is the loser who parlayed a few dates with Willie Brown into membership on two state commissions into a brilliant career but IT’S ALL BECAUSE SHE SLEPT WITH WILLIE BROWN?

She must be amazing in bed is all I have to say./sarcasm

Also – I have been on a city commission and I was just appointed to another one. Trust me when I say commissions are not the route to power. You serve on a city commission because you care deeply about the issue, not because you value your free time, not because you enjoy sitting in a windowless room until 11 p.m. on a work night listening to citizens testify in two-minute increments about a deeply controversial issue as they glare at you and imply that you are in favor of disemboweling kittens and puppies when the real situation is that the city just doesn’t have $15 million in spare cash lying around and you personally also do not have that in your checking account.

Commissions are work. That is all. They do not benefit the members personally. We do it as a labor of love because we care about our communities.

Which means that the commissions are a smokescreen and it was all the sex Harris must have had with Brown only he didn’t control the juries or the voters and I AM SO CONFUSED.

But the real takeaway is that very powerful men are scared of Harris and that? Is a very good thing.

Rock on Kamala. We are with you.

Part II: In which I do the math about Kamala and everyone she had to sleep with