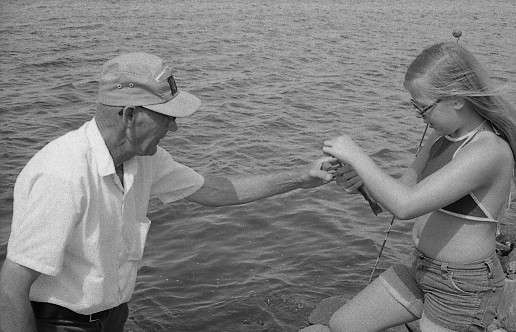 How do you say goodbye to a friend who is dying?

I just got off the phone with my friend Doc T. His wife, L, was my first friend when I moved to Milwaukee. I met her at the Y in body pump. I admired her haircut, got the name of her stylist, Carol (who became my stylist and remained my stylist and Mr T’s stylist until she retired last fall), and voila we were friends.

She has had cancer for a few years now.

They are done. There is no more treatment they can do.

L is direct. Last week, she had her daughter post for her on facebook that she had spent a week in the hospital and was coming home to go into home hospice. “Thanks to COVID there are not currently plans for a service.”

I asked Doc T if L was in any pain.

At least there’s that.

What do you say to that?

He continued. “But that gives me more time with her.”

Why don’t the jerks get cancer? Why is it the nice people who suffer? I have a whole list of people we could do without in this world.

My friend is not one of them. She is a nice person. Doc T had finally retired and they were going to do retiree stuff – travel, see the world, enjoy their grandchildren.

And now that won’t happen.

I am working on a project for my city’s anti-racism group. I have an intern who is 19. Last week, on Thursday, I had asked if she could meet on Friday, July 3.

She hesitated. Her family was taking a short weekend vacation, leaving Friday morning.

“But I might have some downtime where I can work on the project the rest of the weekend!” she said.

Nonononono I told her. No. No.

You spend your time with your family while you can.

Work is never more important than your family. Never.

I didn’t want to tell her that I would give anything to spend time with my dad again. That I treasure my memories of our family vacations and time just hanging out on the porch with him. That I still think about the sound of his voice when he would tell us stories when I was a kid. That when he was in hospice, we prayed and prayed for a miracle but the only miracle we got was that the two-pound bag of peanut M&Ms in his room remained unopened and untouched for an entire week.

I didn’t want to warn her that the people you love can be taken from you. That you are not guaranteed a long time with anyone. That fathers can die at 62, an age I now really realize is absurdly young. That friends can die or go into hospice at 67, which is also – it’s way too young.

I just told her to enjoy her weekend – that the work would wait. Work will always be there. Your loved ones will not.

Did you know hair gets shorter as it dries? Mine does I know that now

Leigh: I just cut my own hair. First time ever. And it looks pretty good. I even got the “teen approval check” from S—–. I feel so liberated. I NEVER would have tried this if I were going to the office. But now I think I can do this regularly for quite a while!

Me: That’s wonderful! my stylist retired last Sept so I was kinda lost anyhow so I am just pulling it back into a ponytail and someday, I will go to Supercuts

Leigh: I just used a YouTube video on how to cut long layers. I watched two of them and picked out the one I felt most comfortable with. Then I went to Walgreens and got sharp hair cutting scissors. Then I watched the video a few more times as I did it myself. I figured if I erred on the side of leaving it longer then it could be fixed if I messed it up too much.

Then we stopped messaging and I can’t remember why. I went on my merry way.

With my hair that has not been cut since February.

Mr T got a haircut last month, when the hairdressers opened again.

He had complained repeatedly about his hair getting too long.

I had offered repeatedly to cut his hair.

I used to cut hair in college.

I wasn’t any good at it, but – college students don’t care. Or at least they didn’t care back then.

My attitude was, High school dropouts do it so how hard can it be?

May I say that is an ugly attitude that has come back to bite me in the butt many many times?

I offered to cut Mr T’s hair, but said that he would have to sign a contract first. Our bonus son in law, Brian, a lawyer, agreed to write the contract for us.

Mr T is a chicken.

Honestly, what’s the worst that can happen with a haircut?

You get a bad haircut and your hair either has to be cut some more or it has to grow out?

IT’S NOT LIKE ANYONE IS SEEING US THESE DAYS ANYHOW.

That is, nobody but the people at the grocery store or at the food bank where we volunteer (socially distanced, with masks and gloves) once a week.

We are not among civilized people these days.

Well. We are not among any people these days.

It’s the 4th of July and we are in our house, bored. We should be at Summerfest and fireworks but this year, there is neither.

The only good thing about all of this quarantining is that in addition to not having to spend money on cutting my hair, I have also not wasted money on highlighting my hair. Or on painting my toenails. Or on makeup.

(That’s an item that keeps coming into the food bank, where Mr T and I have been processing inbound donations. Lots of unsold makeup coming back in for processing.

Also, and totally off topic: M&M Mars insists on having their candy returned to them rather than donating it to the food pantries. So any unsold M&M Mars products do not get processed for donation but for return to M&M instead. Which is just mean. IT’S MEAN.)

Basically, I am a pioneer woman except with all the comforts of elastic and electricity and with none of the work.

I am an unmake-uped, un-deodoranted (it does not get that hot here, OK? and it’s sure not like I do anything that requires physical exertion), gym clothes clad (for the elastic, not for actual exercise) very natural woman.

But as much joy as it brings me not to have to put any effort whatsoever into my appearance, having my hair hit my shoulders was really starting to bother me.

I could mostly solve the problem by just putting my hair in a ponytail, but then I realized it was actually taking me longer to wash my hair than usual.

Yes! It takes longer to wash long hair than it does to wash short hair!

Not that I have anything to do, being an unemployed person, but washing my hair is boring.

A few days after Leigh told me that she had cut her own hair, I was in the shower, getting more and more annoyed at how much extra time I was wasting washing those extra inches of hair.

I thought, “I am going to ask Leigh what brand of scissors she got. Then I’m going to walk to Walgreen’s and get a pair for myself and then I am going to cut my hair.”

Let me back up here and say that I have cut my own hair many many times.

Let me back up here and say not only have I cut my own hair many many times but also that IT HAS NEVER ENDED WELL.

By the time I got out of the shower, my plan had changed from, “Go to Walgreen’s for the Good Scissors and then really think about how to cut hair properly” to, “Grab old scissors from the junk drawer and hack off chunks of wet hair in 2.5″ increments. Without using anything other than the main bathroom mirror. Or any other guide for length.”

Which is the plan I executed.

Which – well – is how I remembered that

But nobody sees me so – whatever. My too-short, uneven hair. What. Ever. 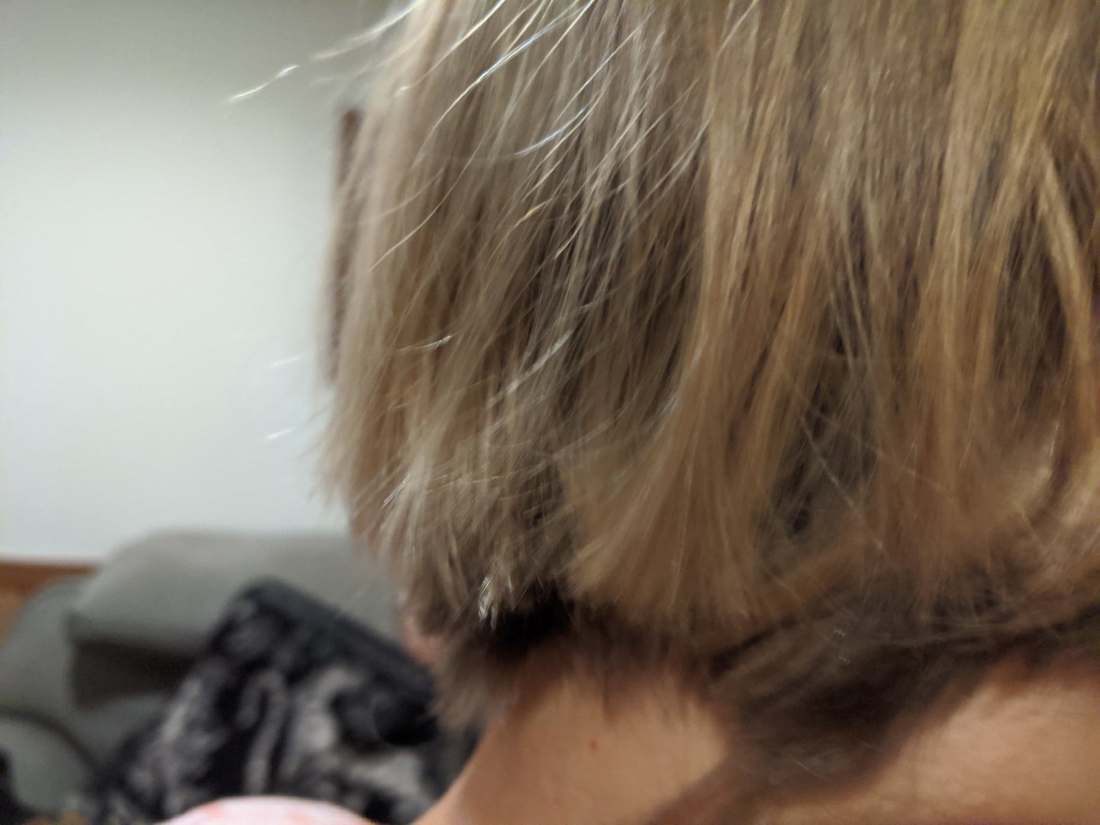