There are no atheists on Spanish highways, either

After I finished my two years in Chile as a Peace Corps volunteer, I returned to the US over land. I took trains, buses, and ferries to get home.

I took the bus in Bolivia.

I don’t have photos because back then, it cost money to take photos and taking a photo with film out of a moving bus was a stupid idea.

But I made the mistake of looking out the window at one point. Gravel road, narrow lane, no shoulder, mountainside.

I thought I was done with all that,  but then Marido and I decided to rent a car in Sevilla so we could tour the Pueblos Blancos.

We – we do not have Spanish DNA.

The roads are good and well built – no potholes! – but we do not know the rules.

And there is only so wide you can make a road when you have to blow up the side of a mountain to build it.

See the road in the photo above? That was between Ronda and Arcos de la Frontera. We didn’t think when we were selecting our route that going through mountains might be – you know – mountainous.

This photo is not part of the road I am talking about, but that vertical plunge? The same.

I mean, we did, but it did not occur to us that a mountain could present driving challenges.

We just thought, “That looks like the pretty route!”

But notice that there are no shoulders on the road. (In fairness, there is no room for a shoulder.)

Notice there are no lane lines. Not sure about that one.

And notice the fence and the rail on the left. They are there to perhaps slow your car before it plunges hundreds of feet down.

This kind of road works just fine as a one-way road.

This road is not one way.

As soon as we got to Grazalema, I hied us to the tourist office.

“We need the route that is more wide and less mountain!” I said.

The woman at the tourist office nodded sagely.

“Más ancho y menos montaña,” she repeated as she showed us the route we had thought we would not take because it was the long way around.

But that is the route we took.

That’s the road below. That is the Wide Road. 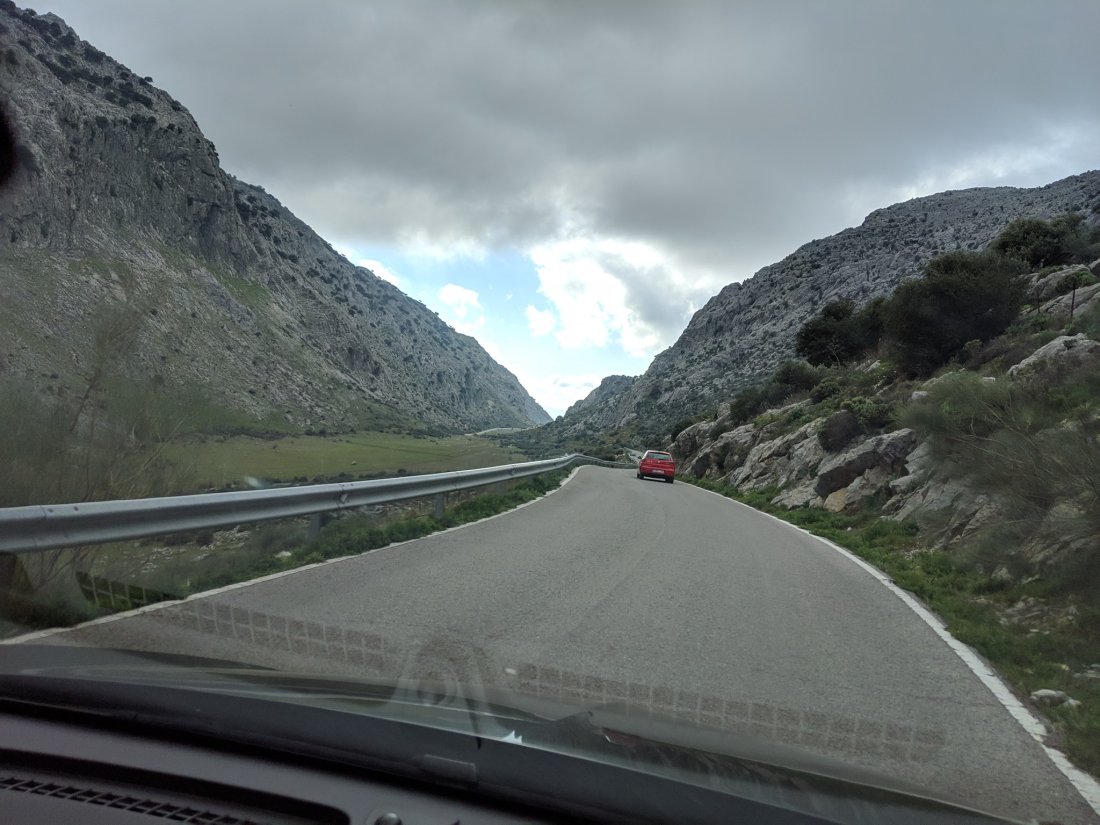 And this is Less Mountain. 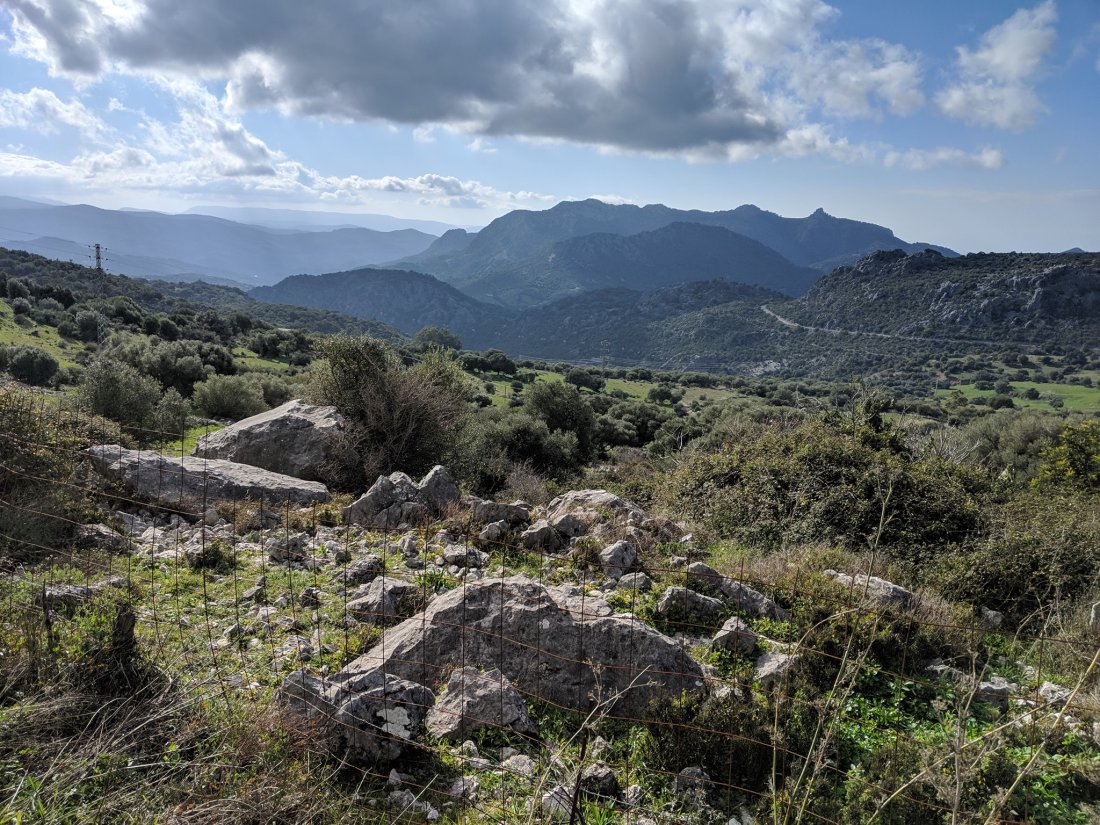 But I still want to Burn It Down and Move To Spain.